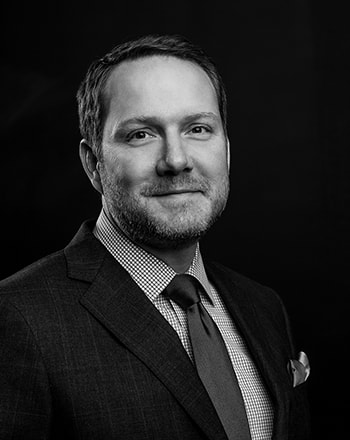 Mr. White serves as General Counsel of KDP.  Mr. White plays a significant leadership role in guiding KDP and its affiliated partnerships through many complex transactions, including all facets of development of KDP’s projects ranging from formation of partnerships and other forms of equity participations and development vehicles, to site acquisition, financing, construction, leasing and asset disposition.  He also spearheads the development of standard operating procedures for handling the legal aspects of the various real estate and business transactions on behalf of KDP and its affiliated partnerships.

Prior to co-founding KDP, Mr. White previously served on the executive leadership team of NRG as its General Counsel and as a partner.  Prior to his time with NRG, Mr. White was a partner in the real estate practice group of Jackson Walker L.L.P.  In addition to his contributions to KDP and its affiliated partnerships, Mr. White has distinguished himself outside of the confines of the office.  He is a member of the State Bar of Texas, the Dallas Bar Association (Real Property Section), the Dallas Association of Young Layers, and The Real Estate Council (TREC), and is a past member of the National Association of Industrial and Office Properties (NAIOP).  Mr. White was also a member of TREC’s 2006-2007 Associate Leadership Council class, NAIOP’s 2008-2009 Developing Leaders program, and the Leadership Dallas Class of 2012.  Mr. White was also named a “Texas Super Lawyer – Rising Star” by Texas Monthly magazine in 2007, 2008, 2009, 2010, 2011, 2012, and 2013, an honor given to fewer than 3% of the lawyers in Texas under the age of 40.

Mr. White is also actively involved in serving the community.  His civic and charitable activities include: Hearts & Hammers; Communities in Schools – Dallas Region; Big Brothers Big Sisters of North Texas; Habitat for Humanity; and Junior Achievement.  Mr. White has also volunteered his time as an attorney ad litem in the Dallas Urban Land Bank Program, a cooperative effort among numerous stakeholders in the City of Dallas to convert vacant and abandoned lots in blighted neighborhoods into viable and affordable housing for residents.  In addition, Mr. White has previously provided pro bono services for various community development organizations such as Builders of Hope CDC.  Mr. White previously served on the Board of Directors of Downtown Dallas Inc., the leading advocate for the businesses, residents, employees, visitors, and cultural entertainment and educational institutions of Downtown Dallas.  Mr. White holds a Juris Doctorate from the Paul M. Hebert Law Center at Louisiana State University, and a Bachelor of Science in Accounting from the University of Louisiana-Lafayette.

back  |  view next team member